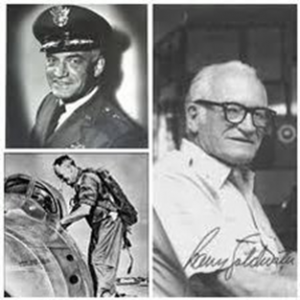 1943: A flight of 10 P-47s land at Prestwick on 11 August, achieving the first, last, and only flight of single-engine fighters (recip engines) across the Atlantic in World War II. The flight’s pilots includes Capt Barry Goldwater, who ran as the Republican nominee for President in 1964.